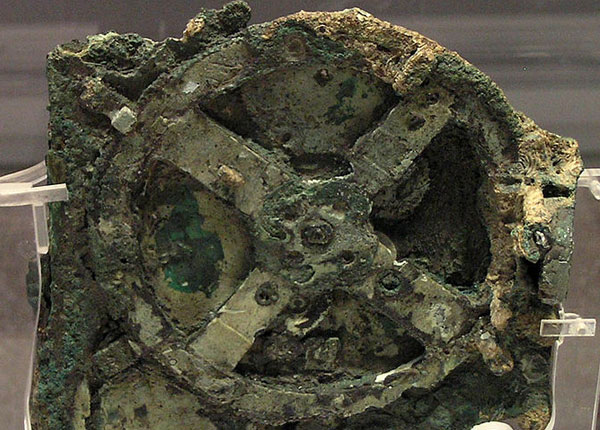 “The Antikythera mechanism is an ancient mechanical calculator designed to calculate astronomical positions. … It appears to be constructed upon theories of astronomy and mathematics developed by Greek astronomers and it is estimated that it was made around 150 to 100 BC. … When a date was entered via a crank, the mechanism calculated the position of the Sun, Moon, or other astronomical information such as the location of other planets. … The device is remarkable for the level of miniaturization and for the complexity of its parts, which is comparable to that of 18th century clocks.”

This isn’t new, but certainly belongs here. As stated above, the ability to construct intricate gear systems wasn’t seen again for nearly 2000 years after this device was created. And now, after decades of studying the device, scientists have recreated it. While being based on the geocentric model our of solar system, and therefore not perfectly accurate, the device was likely accurate enough to allow for the prediction of lunar and solar eclipses. Below is a video of one such recreation.