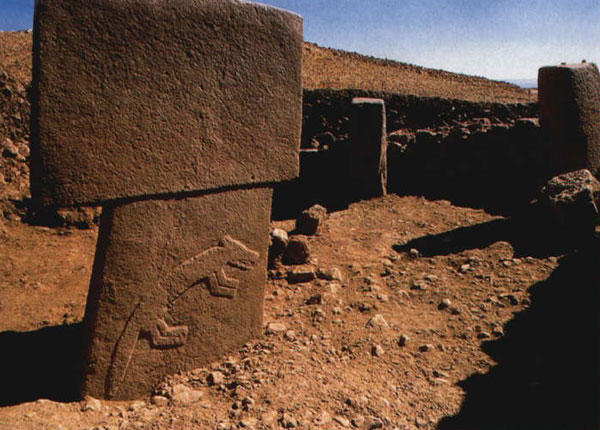 “Six miles from Urfa, an ancient city in southeastern Turkey, Klaus Schmidt has made one of the most startling archaeological discoveries of our time: massive carved stones about 11,000 years old, crafted and arranged by prehistoric people who had not yet developed metal tools or even pottery. The megaliths predate Stonehenge by some 6,000 years. The place is called Gobekli Tepe, and Schmidt, a German archaeologist who has been working here more than a decade, is convinced it’s the site of the world’s oldest temple.”

It doesn’t get much better than this. The age of this temple upends a good deal of archeological and historical dogma. The technology required to shape and lift those stones was not thought to exist at that time. And this discovery implies that such technology must have predated the site in it’s development.

Further, as many other ancient sites with very similar construction and layout are astronomically oriented, it may turn out that this discovery implies a very early origin for the use of astronomy.