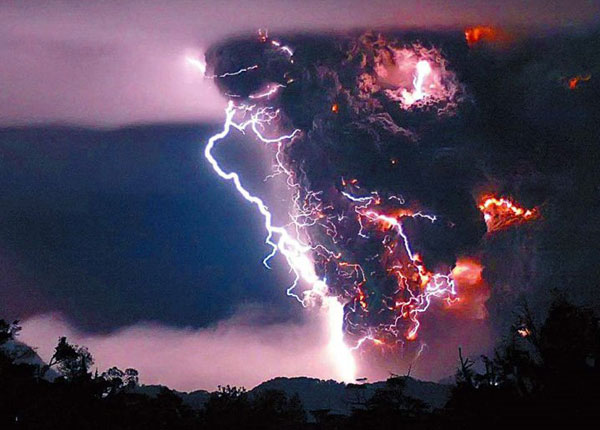 “The volcanic eruption itself is unable to generate sufficient electric charge to spark lightning for long after the eruption occurs or far from the crater.

Instead the scientists believe that electric charges are generated when rock fragments, ash, and ice particles in the plume collide to produce static charges—in much the same way that ice particles collide to create charge in regular thunderstorms.”

Yes!!! Best thing I’ve seen in a while. Definitely click on the image to enlarge. This is very high on the list of things I wish I could have seen in person. Its so rare that it’s never been photographed before. I’m guessing two years before we see a CGI monster in a movie that looks like this. Can’t wait.