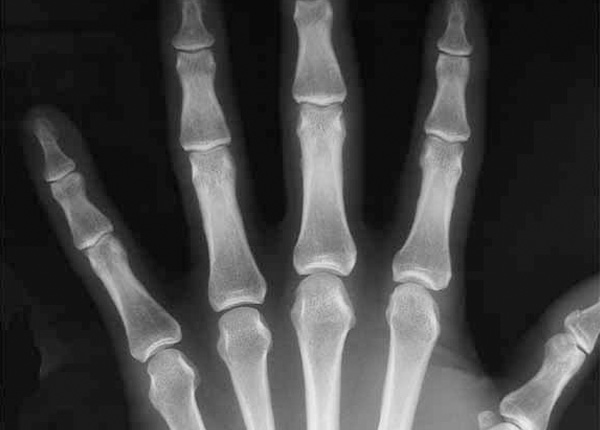 “A 64-year-old woman has reported to doctors at Geneva University Hospital the presence of a pale, milky-white and translucent third arm. After examining the case, the woman’s neurologist, Asaid Khateb of the hospital’s experimental neurophysiology laboratory, called the rare phenomenon credible. The arm appeared to the woman a few days after suffering a stroke, doctors said.

The upshot is that the woman can use the apparitional extremity to relieve very real itches on the cheek. It cannot penetrate solid objects. She does not always perceive the arm but “retrieves” it when needed, doctors told the Swiss news agency. It is nevertheless the first case known to doctors of a person being able to feel, see and deliberately move a limb that doesn’t exist.

Khateb and his colleagues examined the patient’s brain using functional magnetic resonance imaging (MRI), a tool that allows doctors to see whether the brain is truly stimulated, and to pinpoint where. In this case, the investigations revealed that the woman actually experienced what she described. When doctors asked her to move her phantom arm, her brain reacted as though the arm really existed and could be moved. In addition, the patient’s visual cortex was also activated, indicating the she actually saw the imaginary limb.”