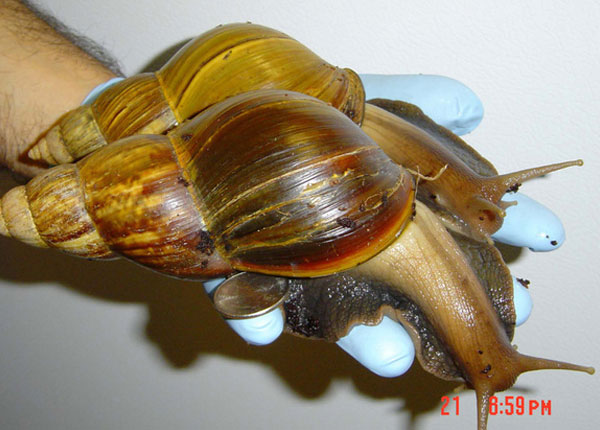 “They can grow to be 10 inches long. They leave a slimy trail of excrement wherever they go. They harbor the microscopic rat-lung worm, which can transmit meningitis to humans. And they will literally eat your house.

Can’t imaging what that must be like. I’d feel bad driving over them. They’re awesome creatures. I think they would make a cool pet, but the slime would be a bit overwhelming.