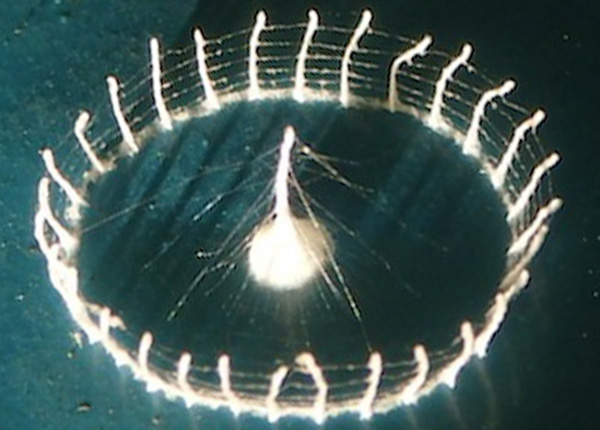 Something in the Peruvian Amazon is making weird, intricate structures that resemble white picket fences surrounding an Isengard-like spire.

No one has any idea who the mysterious craftsbug (fungus? spider?) is, or what the structure is even used for, excepting the fence part, which almost makes sense. Nobody, not even the scientists.

Troy Alexander, a graduate student at Georgia Tech, spotted the first of these structures on June 7. The little, seemingly woven fence was parked on the underside of a blue tarp near the Tambopata Research Center, in southeastern Peru. He later spotted three more of the bizarre enclosures on tree trunks in the jungle.

“All of them were on the small island used to view the parrot clay lick at Tambopata Research Center,” Alexander said. He described the fences as small – about 2 centimeters across — and posted a second photo of the structure on the subreddit whatsthisbug last week, hoping someone could explain the origin of the fortified mini-Maypoles. No one could.