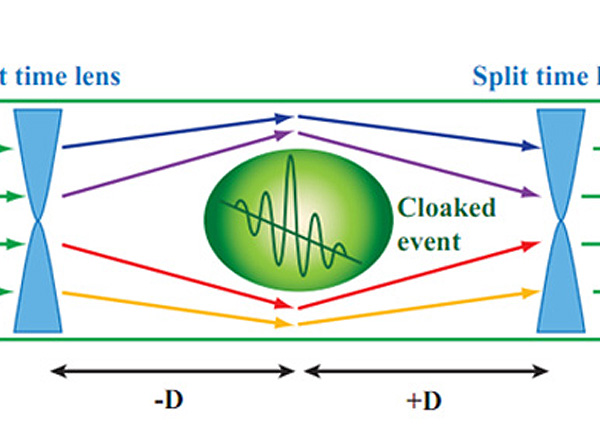 Scientists Punch a Hole in the Fabric of Time

“Researchers at Cornell have designed, built and demonstrated the first “cloak” that hides events in time. The process relies on similar methods of distorting electromagnetic fields as invisibility cloaks, but it exploits a time-space duality in electromagnetic theory: diffraction and dispersion of light in space are mathematically equivalent. Scientists have used this theory to create a “time-lens [that] can, for example, magnify or compress in time.””