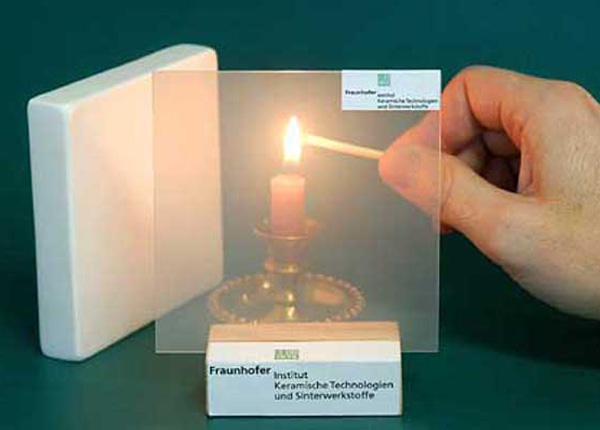 “Oxford scientists have created a transparent form of aluminum by bombarding the metal with the world’s most powerful soft X-ray laser. ‘Transparent aluminum’ previously only existed in science fiction, featuring in the movie Star Trek IV, but the real material is an exotic new state of matter with implications for planetary science and nuclear fusion.”

‘What is particularly remarkable about our experiment is that we have turned ordinary aluminium into this exotic new material in a single step by using this very powerful laser. For a brief period the sample looks and behaves in every way like a new form of matter. In certain respects, the way it reacts is as though we had changed every aluminium atom into silicon: it’s almost as surprising as finding that you can turn lead into gold with light!’